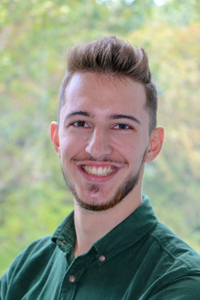 Javier first joined us to work on a research project that applies human variants from population genetics studies to identify key residues in protein domains. He was a second year Masters' student at the Universitat Pompeu Fabra, Barcelona Spain and finished his project in June 2020.

After successfully applying for a Ph.D. position from the BBSRC EASTBIO programme earlier in 2020, Javier stayed with the group as a Ph.D. student from October 2020!

In his spare time Javier is a crazy fast runner who also promotes the drinking of really good coffee though usually not at the same time! 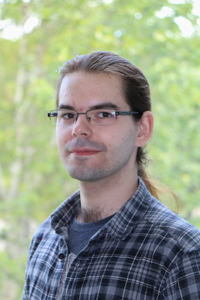 Mateusz has joined the group after obtaining a Masters' in Physics at the University of Dundee. He has previously worked with us as a summer student developing new server-side technology to support the Dundee Resource for Sequence Analysis and Structure Prediction. He'll be continuing this work with both the Jalview and Dundee Resource teams. 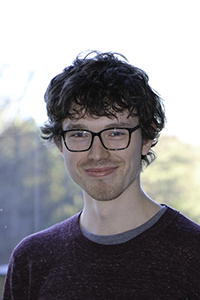 Part way through his PhD he had an epiphany, realised that bioinformatics was his true calling, and vowed never to pick up a pipette again. His work in the Barton/Simpson groups focuses on the use of trendy long read sequencing technologies to study RNA processing in Arabidopsis and neglected crop species. 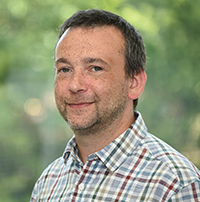 Ben studied for a BSc and PhD in pure maths at the University of St Andrews with a thesis formulating theorems and algorithms to calculate symmetries of unit-sided polygons constructed in a turtle geometry from polynomial generated sequences modulo prime powers -- a mix of algebra, geometry and number theory.

In 1997 he joined EDINA, a national datacentre at the University of Edinburgh, as a software engineer. This involved early work on full-stack server-side java web applications for bibliographic resources for UK Higher Education, data-munging and network protocols.

More recently he oversaw the authentication and authorisation systems that allow HE and FE members to access EDINA's services, alongside sysadmin and infrastructure work in a linux environment. Ben believes there's nothing you can't fix with a bit of perl, bash and an ssh tunnel. He ran introductory workshops for research students on using bash and regular expressions to efficiently handle data.

Ben joins the Jalview team to employ some old skills in new ways, and learn some new ones too!

Ben enjoys cake decorating, science fiction, fixing things, board games, and occasionally venturing outside to look for meteors. He holds the world record for the tiddlywinks long jump. 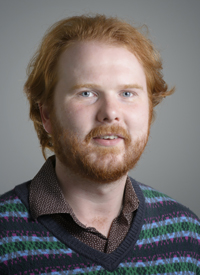 Stuart started out studying Chemistry part-time at the University of the West of Scotland (formerly Paisley University) as part of an apprenticeship with Ciba Specialty Chemicals. To advance more quickly, he went to university full time and achieved his B.Sc. Chemistry and Mathematics and then single-honours in Chemistry. A few months ago he completed his Ph.D. after four fun years researching structural effects in photosynthesis using various data analysis methods and computational chemistry at Trinity College Dublin. Until September 2017 Stuart was working to identify causative variation in the exomes of patients with rare skin disorders as part of the DGEM collaboration with Irwin McLean. Since then he has been working on one of Geoff's grants - the BBSRC funded, Bionformatics Resource for Protein Structure Prediction and Sequence Analysis. This has given him the chance to join the dots between sequence, structure, function and disease in general. To relax he enjoys watching all things sci-fi, playing classical guitar and being "affectionately" mauled by his cat. 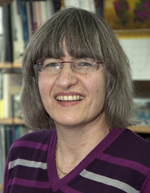 Suzanne has joined us as training and outreach officer who will focus on developing manuals, courses and web presence for Jalview and our other services such as Jabaws, Jpred and Kinomer, that form the Dundee Resource for Sequence Analysis and Structure Prediction (DRSASP).

After a first degree in Chemistry at the University of Southampton, she worked at the Institute of Food Research (Norwich) before study for a PhD in MRI at the University of Cambridge. She was awarded a Herchel Smith PhD Fellowhip (1987) from University of Cambridge, and a Career Re-entry Fellowship from the Wellcome Trust (2007). She has published over 30 scientific research papers, 19 as a principle author. Several of Suzanne's MRI images have been published on textbooks, displayed in the Wellcome Images collection and hung in a variety of exhibitions including Vision of Discovery exhibition (2009 and 2013). Suzanne is also a Director and Chair of a UK charity "Children First Uganda" that supports the most vulnerable children in Uganda. 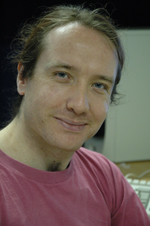 Before ENFIN, Jim was a BBSRC Funded postdoctoral RA working on the Visualisation and Analysis of Biological Sequences Alignments and structures project. In particular, the development of Jalview and the VAMSAS exchange API.

Jim came across the water from the University of Hamburg's ZBH to implement bioinformatics analysis web services for Jalview as part of the BBSRC fundedVAMSAS project. After spending a number of years working on protein structure comparison and structure prediction, his dream is never to have to write a script again - but concedes that he might be being a little bit too hopeful there... 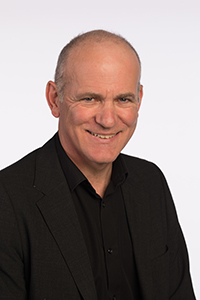 Geoff Barton did his first degree in Biochemistry at the University of Manchester. He then performed Ph.D. research supervised by Mike Sternberg in the Department of Crystallography, Birkbeck College, University of London before spending two years as an ICRF Fellow working with Chris Rawlings at the Imperial Cancer Research Fund Labs. (Now called CRUK.) in London. In 1989 he was awarded a Royal Society University Research Fellowship to set up his own group in the Lab of Molecular Biophysics, University of Oxford. From April 1995 until October 1997, Geoff was also Head of Genome Informatics at the Wellcome Trust Centre for Human Genetics, University of Oxford.

From 1st October 1997-July 2001 Geoff was a Research and Development Team Leader at the EMBL European Bioinformatics Institute, Cambridge

From 1st January 1998-July 2001 Geoff was also head of the European Macromolecular Structure Database at EBI which is now known as the Protein Data Bank in Europe (PDBe).

From 30th March 2001 Geoff has been Professor of Bioinformatics at the School of Life Sciences,University of Dundee. Geoff moved to Dundee full-time in July 2001 and more recently founded the Data Analysis Group in collaboration with the GRE Centre.

Geoff has been Head of the Division of Computational Biology since 1st January 2013. He is a Fellow of the Royal Society of Edinburgh (Scotland's National Academy) (FRSE) and Royal Society of Biology (FRSB).


Geoff used to spend his leisure time working with the Men in Black, he then teamed up with the The Three Musketeers but now he does his best to support The Team.

In July 2005 he also discovered tennis but gave it up in 2016 to try running (slowly). After finding like-minded musical colleagues he revived his love of flute playing, and on 8th May 2010 had the first review of his playing published in The Courier. A further performance was reviewed in the Courier on 7th November 2011 - the 120-strong audience seemed to like it better than the reviewer!

He also composes instrumental music and made his first official single release on 4th July 2020 - you can hear it and other releases on: Spotify, Apple Music, YouTube, Amazon Music Unlimited, and other major streaming platforms. Earlier music is on: SoundCloud. More information is on Geoff's music website.

Geoff maintains the Dundee West End Weather Station with records going back to 2002. He has been asked to comment on local weather in the national press including a 3 minute interview in 2013 on BBC2 (big file, so be patient!) by Judith Ralston and a 15 minute interview by Stephen Jardine on BBC Radio Scotland in February 2018.

This site was built using the Bootstrap framework.